The Battle of the Health Idols: Chemistry vs. Ecology

Exploring the Theology behind the Food Fights

Gods come in only two varieties: true and false. The first category contains but one instance, the LORD, the one true God. The second category, false gods, consists of two subcategories: evil that has been made to appear good, and good that has been made to appear as a god. As to its essence, the first of these idols is more perverse, but as to human discernment, the second of these idols is more likely to deceive. For example, to call Satan God, and to establish a religion that worships Satan, is more perverse than to call Love God, and to establish a religion that worships Love. On the other hand, the Religion of Love will more easily pass as if it is the true religion, since the idolatry involved takes a more subtle form. Indeed, does not the Bible itself assert that “God is love” (1 John 4:16)?

Well, yes, the Bible does say that. What it does not say is “Love is god,” and both grammatically and logically the two sentences differ in important ways. To make a subject out of a predicate nominative pushes aside the original subject, reducing it to a mere predicate. God is loving, and just, and merciful, and righteous, and a lot of other things; but to place any one of these predicates into God’s place as subject, while displacing God from His throne (and excluding the other predicates from His character), is idolatrous. Therefore, love is not God, even though God is love.

As with other aspects of life, so also with healthcare and dieting: temptations lead people to fear, to love, or to trust in someone or something other than God. In the debate between conventional and alternative medicine, people may be tempted to favor one side over the other while failing to realize that either perspective, if exalted to excessive prominence, becomes a false god.

The twentieth century was dedicated to the idol of chemistry, as scientific advances from the preceding century were elevated with excessive confidence. After Louis Pasteur and Robert Koch developed the germ theory of disease in the mid 1800s, Joseph Lister popularized chemical antiseptics as a method for improving the outcomes of surgery. Next, in the early 1900s, Alexander Fleming discovered the antibiotic properties of the chemical compound penicillin. While penicillin was promoted as a treatment for infectious diseases, vaccines were introduced as a preventative agent. By the mid 1900s, flour was routinely bleached (with chloride) and then enriched with synthetic vitamins, milk was routinely pasteurized and homogenized, children were routinely vaccinated, and diseases were routinely combated with antibiotics. By the time the first man walked on the moon, it appeared that the biological diseases were losing because the chemical warriors, selected and sometimes even invented by man, had proven to be superior.

Even the mysterious origin of life could be turned off by one chemical (contained in the famed “pill”) or else turned on by a series of other chemicals, ranging from prenatal vitamins to postnatal Vitamin K and Hepatitis B shots, antibiotic eye salve, and a PKU test—all before the newborn baby is discharged from the maternity ward. By age two, a child following CDC recommendations will have received twenty-five distinct injections, some of which include as many as three different vaccines bundled together. “Is your family growing?” inquires a recent CDC brochure. “To protect your new baby and yourself against whooping cough, get a Tdap vaccine in the third trimester of each pregnancy.” When the term “Tdap” is replaced by its chief ingredients, the advice reads as follows:

An earlier generation would have considered the beef heart the healthiest part, but not so in the Chemical Age.

Supposing that breast milk will not suffice for the child’s nutritional needs, a mother has two basic options: introduce formula—the very name reveals its chemistry lab origin—or supplement with Vitamin D drops. And so it goes throughout life. Modern food wouldn’t be complete without preservatives such as sodium nitrate, emulsifiers such as polysorbate 80, colorants such as Red 40 and Yellow 5, or flavorants such as monosodium glutamate (MSG). Nor would animals be so wholesome for human consumption (surely?) without hormones such as Monsanto’s rBGH and rBST. Nor could we store the leftovers as conveniently without bisphenol A (BPA) plastics. And when the leftovers are too cold, we simply “nuke” them—never mind that this euphemism for “microwave oven” etymologically is related to “nuclear,” as in bomb and holocaust.

So, what do we fear the most? Biology. Bacteria. Human breast milk. What do we trust the most? Chemistry. Science. Man’s creation. Be sure to brush your teeth twice a day with a neurotoxin, you know, the one called fluoride. At least, that was the worldview of most Americans during the mid through late twentieth century.

Starting in the late 1900s, high places were erected for a rival god, or goddess, Mother Earth. Natural. Green. Eco-friendly. Some say the change began with Rachel Carlson, whose book Silent Spring (1962) exposed the environmental hazards of chemical pesticides. Others point to the Earth Day rallies of April 22, 1970, during which some 20 million Americans protested industrial pollution, oil spills, wildlife extinction, and the like. In any case, a new worldview entered the healthcare marketplace.

We eat “whole foods,” we buy organic, we foster sustainability, we shop at coops dedicated to fair trade. We reduce, we reuse, we recycle. We skip the vaccines, hire a midwife, have a home birth, and recite the mantra “breast is best.” Women forgo birth control, boasting that they are hormone-free, like their chicken. Cancer patients opt out of chemotherapy and radiation treatments in favor of drinking large quantities of carrot and beet juice. Rather than quarantine their children, mothers actually host chicken pox parties, aiming to get as many children infected early on so that all of them will develop natural immunity. We drink raw milk, ferment our own sauerkraut, and have jars of kombucha growing on the kitchen counter top. When it’s not from our own garden, we try to buy local.

So, what do we now fear the most? Chemicals. Toxins. Carcinogens. The very inventions of the twentieth century that were supposed to make everything safe and healthy for us. What do we trust the most? Ecology. Mother Earth. The long flow of our (supposedly) evolutionary history. At least, that is the worldview of an increasing number of Americans during the late twentieth and early twenty-first century.

A Return to True Religion: Worshiping the Creator Himself

Both “chemistry” and “ecology,” as these have been portrayed above, offer some merit. Neither is intrinsically evil, but both have become idols of the second class: a good that has been revered disproportionately to become a god. The following observations may help to keep everything in perspective:

God’s creation is superior to man’s.

Human sin has ruined much of God’s creation.

Nevertheless, divine providence has preserved what we still have of God’s creation.

Human ingenuity, whether in chemistry or ecology, can only go so far to restoring God’s creation, and can only accomplish so much by seeking to improve God’s now-tarnished creation with an updated, man-made design.

Neither man’s creations nor God’s creations deserve to be feared, loved, or trusted above God Himself. The earth is not our mother. She isn’t even our sister. She’s our possession, our inheritance, and our legacy, created by God to be cared for by us in service to each other. Our mind, our inventions, our science likewise are gifts—good gifts—but also ones that should not be mistaken for the Giver, who is the Greatest and most worthy of our praise.

The ecological approach perhaps offers an advantage over the chemical approach in that, rather than “reinventing the wheel” through man-made chemicals, human creativity can better glorify God and serve one’s neighbor by seeking to restore the natural law according to which God has designed the creation of which He once said, “It is very good.”

In addition to this theological preference for ecology over chemistry, a historical case also can be advanced: the twentieth century was, to a large degree, an aberration in human history, an experiment that somehow went awry. How strange it is that municipal zoning laws require a certain percentage of each parking lot to be planted with grass and trees, and yet grazing animals are barred from city limits. So instead of letting a goat or cow free-range in our backyards, we spray the lawn with toxic weedkiller and then trim it with a fossil-fuel guzzling mower. Somehow we forget that our Puritan ancestors brought dandelions to America on purpose and used them for nutrition. Nope. Better spray and mow lest a dandelion should grow.

That being said, the chemists do retain some bragging rights. Modern medicine reached its zenith in the twentieth-century. Whereas a third of Europe died in the plague, my grandparent’s generation conquered polio. Whereas women commonly died in childbirth as recently as the nineteenth century, by the twentieth century modern obstetrics had all but eliminated both maternal and neonatal fatality.

But, on closer inspection we discover that modern medicine has not always been as helpful as people had thought. We seem to be especially adept at exchanging one problem for another. The women who died of childbirth in the nineteenth century were typically giving birth to their seventh child, whereas the modern, chemical-empowered woman chooses to have, on average, 1.7 children. Perinatal mortality, despite the reports of its decline, in fact reached record levels in the twentieth century, it’s just that the most common cause was elective abortion and our politicians prefer to classify this statistic as a woman’s right rather than as a human tragedy. Today, even with our food super-fortified with vitamins, a third of Americans are obese, ten percent have diabetes, and another twenty-seven percent have prediabetes. Indeed, a third of us are still dying of the plague, only now the Grim Reaper brings in his harvest more slowly than in the Middle Ages. 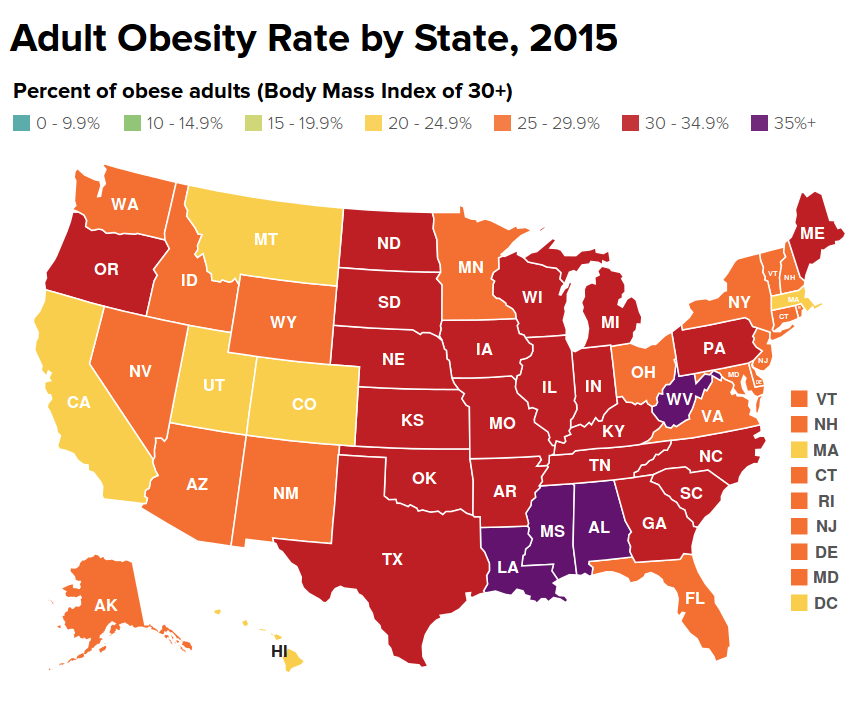 At the same time, a false nostalgia that elevates traditional cultures, while ignoring the hardships they endured, will not save us. Neither will an uncritical acceptance of the latest (pseudo-)scientific fads, particularly not in view of the ways in which public policy, corporate profits, and other extra-scientific factors shape both the research agendas and the application of those findings. And yet, there is always room to give thanks. Had I not received back surgery eight years ago, I am nearly certain I would be crippled today. Modern science has its blessings. The question is, from Whom?

In the end, both the chemical and the ecological paradigms offer insights for healthful living, even while each of them presents only part of the picture. The task of the faithful is to integrate these perspectives while also subordinating them humbly to God, the Creator and the Sustainer of our lives, in Whom we trust not only for this life, but also for the life to come.