Play the Cash Flow Game with your Children

When my four-year-old son was still three, Cash Flow for Kids already had become his favorite game. As I write this blog post, Amazon.com lists the game for $466.09, but we paid a lot less and I hope you can find it for cheaper, too.

Cash Flow for Kids teaches the same principles that its creator, Robert T. Kiyosaki, has presented to adults through both seminars and his best-selling Rich Dad, Poor Dad book series. Here’s a quick summary of his writings:

With these observations in mind, Kiyosaki points to an escape from the Rat Race. First, learn to think in financial statements, keeping a clear distinction between Income and Expenses and between Assets and Liabilities. Second, seek to acquire genuine Assets, the kind that generate Income and minimize Expenses. 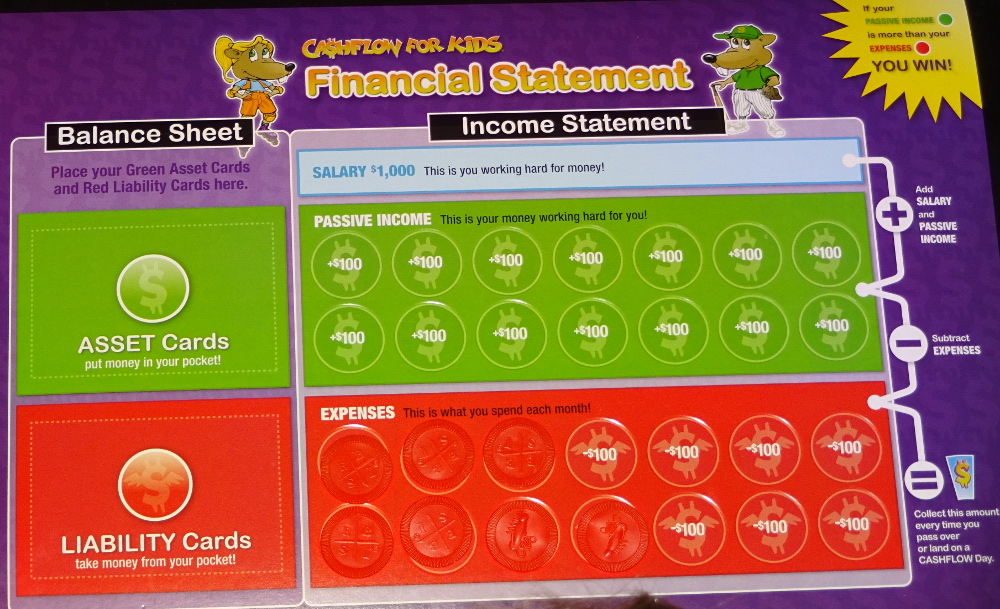 Ultimately, Kiyosaki hopes that people will achieve financial freedom by quitting their day job and living off their rental real estate income. This is where I part ways with him. I view labor as a gift from God and I don’t worship the evasive god known as Financial Freedom. Earned income, despite its unfavorable tax status, is part and parcel of the vocation to which God has called many of us. It can be a wonderful means of serving others and of receiving daily bread from God with thanksgiving. That being said, I have recommended Kiyoaski’s books to others in the promotion of financial literacy, and his suggestions for establishing a passive stream of Income from rental real estate or other Assets may be appropriate to some people’s situations. 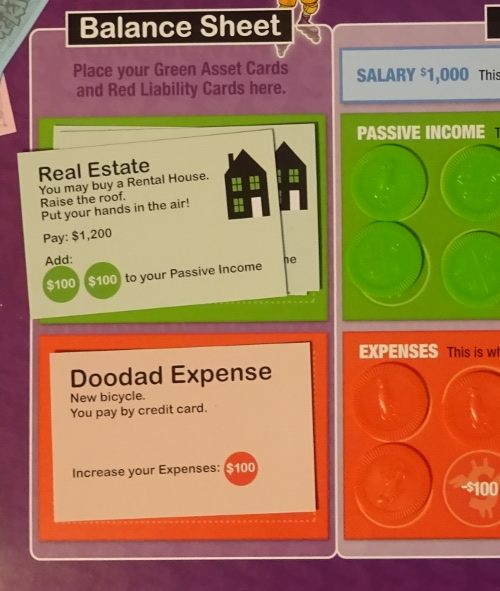 Meanwhile, my children enjoy Cash Flow for Kids. They have learned that the green tokens (Assets) are better than the red ones (Liabilities). They understand that some Assets have a better return for their risk than others, and so sometimes it is more prudent not to buy a particular Asset, saving up for another one instead. They know that what most Americans call “Assets” really are Doodads, expensive trophies that cover the ugly reality of debt with a shiny, but thin, veneer of socio-economic success.

Moreover, the three year old learned to count by interacting with his banker siblings, while I made sure nobody embezzled. This is the cloth from which memorable Saturday afternoons are woven, and I intend that the garment will not wear out when my children assume real-life financial responsibilities in the future. 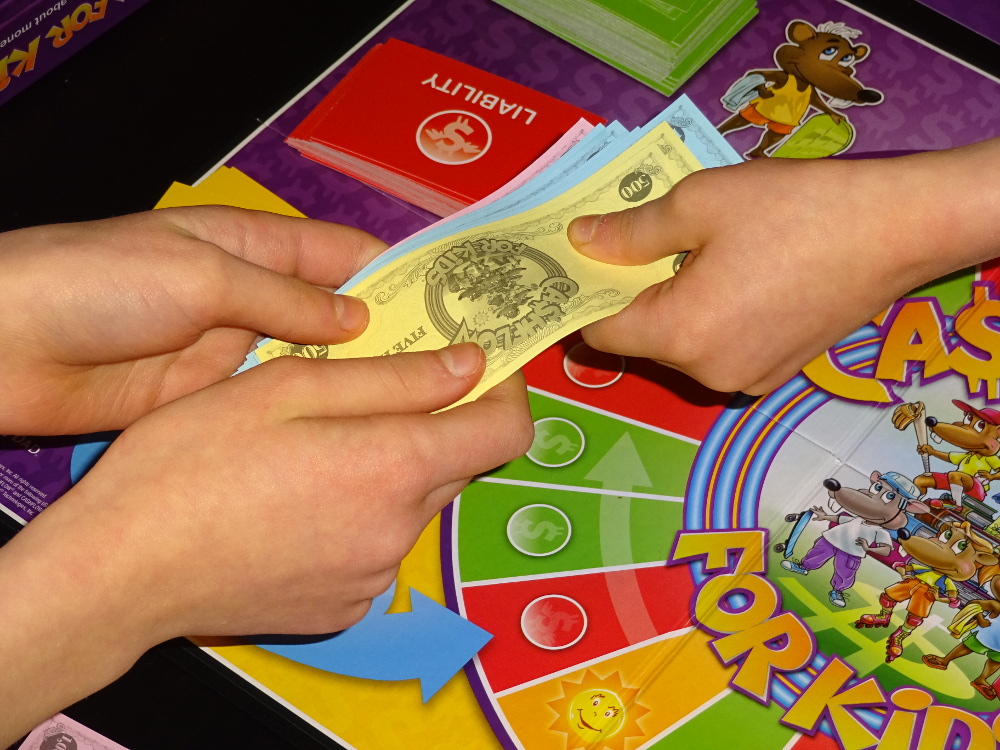