The scaffolding provided by Miles V. van Pelt and Gary D. Pratico in their Graded Reader of Biblical Hebrew: A Guide to Reading the Hebrew Bible enabled me to build my language proficiency to the point of near-independent reading (except, of course, for looking up rare vocabulary). I still consult a verb chart from time to time, but thanks to their guidance in reading thirty Old Testament texts—over 200 verses involving the parsing of 622 verbs—I now am ready to read the Hebrew Bible rather than puzzle over it.

The authors have a strong reputation for Hebrew pedagogy. Their best-selling introductory text, Basics of Biblical Hebrew, uses color-coding to highlight the inflected forms of verbs and nouns, while also aiming to simplify students’ mastery of irregular forms by “regularizing” those forms through a handful of rules that account for most of the morphological variations. They designed their Graded Reader to work either as an intermediate successor to that introductory text or else as a refresher course for pastors whose Hebrew has fallen by the wayside. In my case, I had completed one year of college Hebrew a quarter of a century ago and, in the years that followed, dabbled with a variety of textbooks while never quite getting to where I wanted to be. The Graded Reader finally got me over the hump. 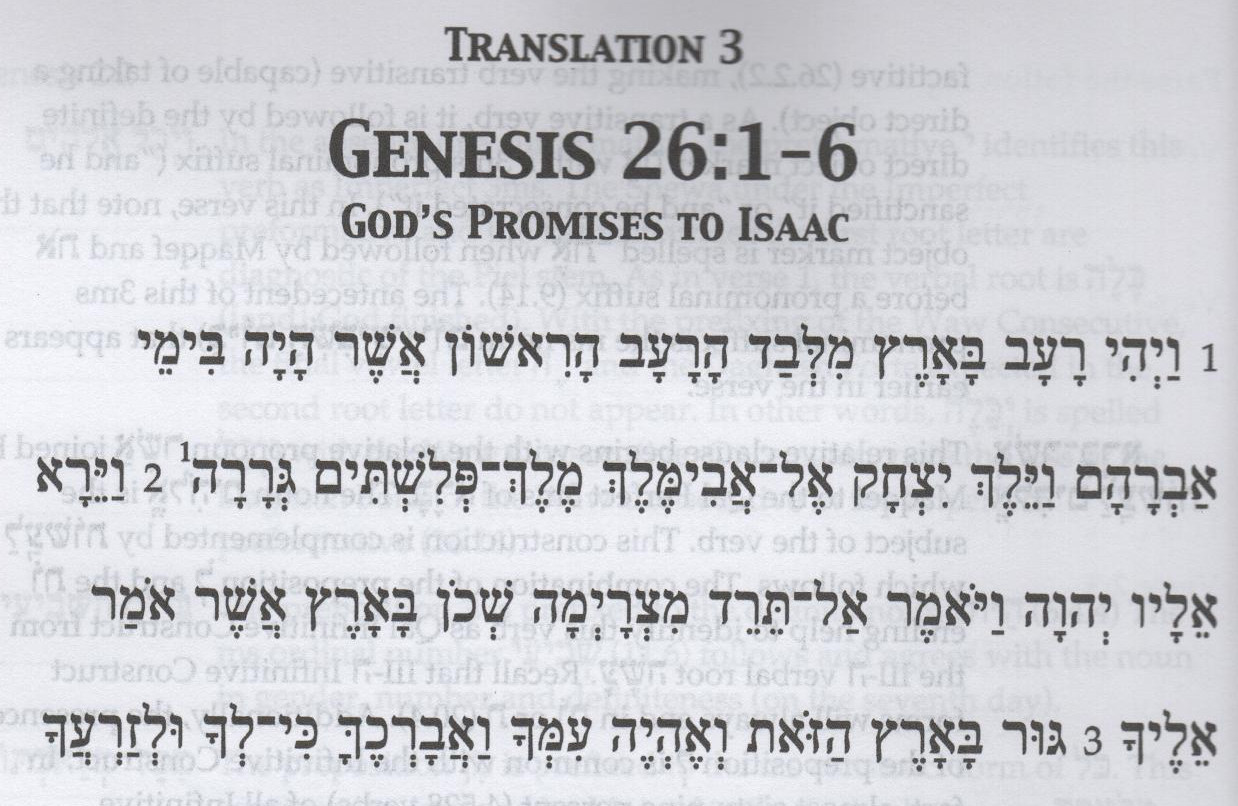 First-year students spend hours memorizing pages full of verb tables (such as the example below, from van Pelt’s Biblical Hebrew: A Compact Guide). Nothing, however, can substitute for actually reading text after text and seeing these forms in action. Before long, the most commonly occurring forms (for example, third person masculine singular) become second nature; rather than remembering the table, the student is simply reading the verse at hand. 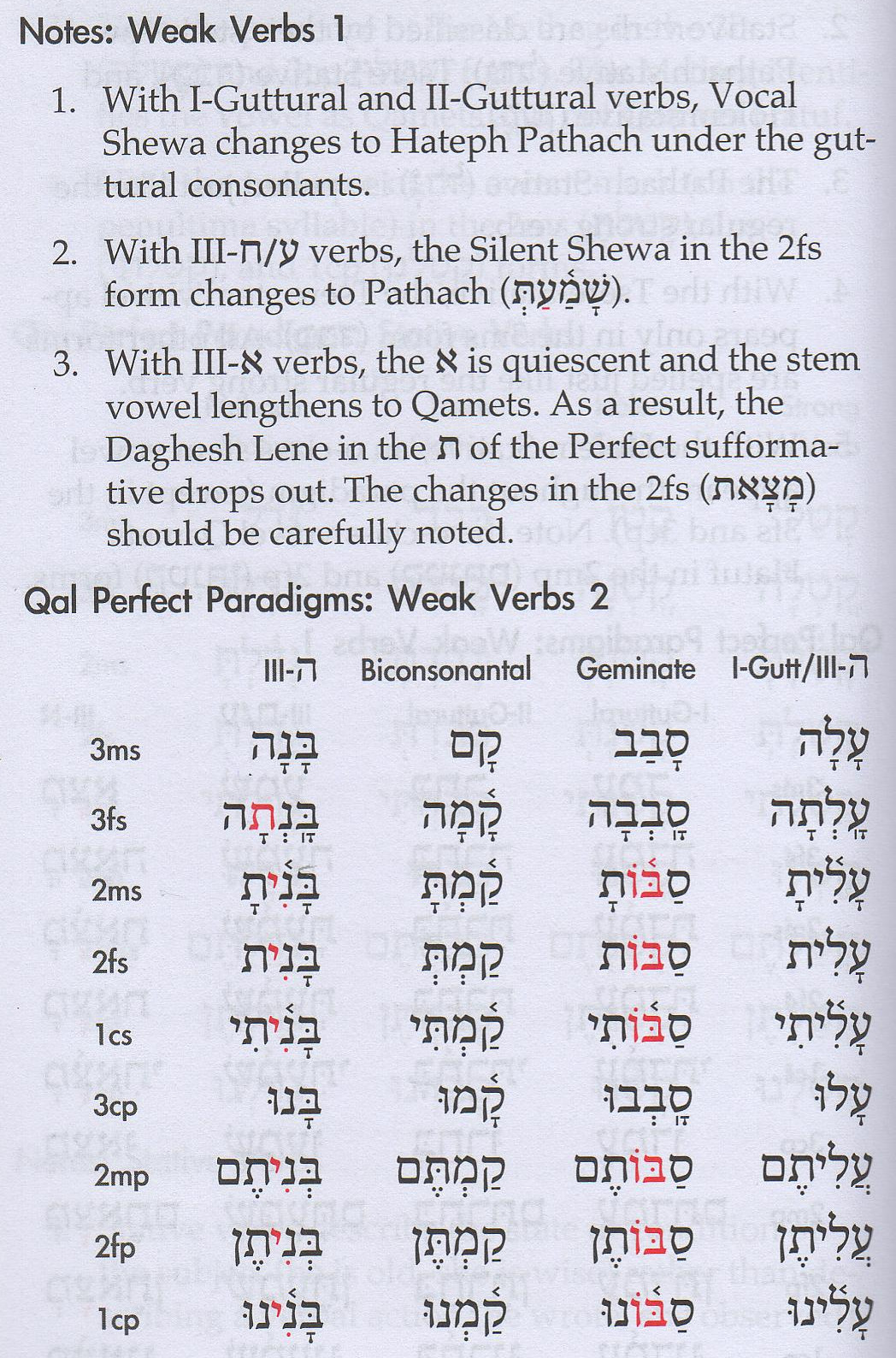 Van Pelt and Pratico also offer some interesting exegetical discussions along the way. For example, they ponder whether the Hithpael verb for “bless” in Genesis 26:4 should be translated passively, reflexively, or reciprocally. Concerning Judges 3:9, they challenge the prevailing pattern among modern translators to regard Joshua as the subject of “delivered” and suggest a reading of the text in which the LORD Himself is the subject of both verbs: that the LORD raised up a rescuer, namely Joshua, and that the LORD thereby delivered the Israelites.

I have only two minor suggestions for improvement. First, I would have preferred that the texts include cantillation marks, or at least accents—particular for segholate nouns and pausal forms. In their verse-by-verse discussion, the authors often identify accents and pausal forms, but the main text is printed without them, which makes reading aloud more challenging. Second, I did find one typographical error: on p. 84, a verb in Deuteronomy 6:12 is parsed as Qal when it should be identified as Niphal (as the summary in the appendix rightly notes). I also would have preferred that the authors identify the Imperfect verbs in 2 Chronicles 1:10 as Cohortative; they do, at least, emphasize the Paragogic He appended to these forms, and their parsing summary in the appendix lists these as Cohortatives, even if their main discussion did not do so explicitly. Please keep in mind, however, that I would not even be in a position to make these “criticisms” were it not for the fact that their book is so instructive in the first place—so let my “fine-tuning” be a compliment to my mentors!

All in all, I am greatly indebted to van Pelt and Pratico for guiding me by the hand when I needed it while also equipping me to continue the journey without them as soon as I became able. They are excellent teachers, and their work has provided a great service to the church.